Report on Ocean Acidification, new types of solar cells and legalisation of Hemp

Global Drought rears its ugly head, the status and solutions

How to change your life and fix the world.

Global Drought rears its ugly head, the status and solutions 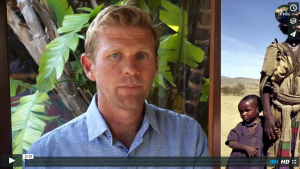 Jason Sole covers the  spread of global drought and the impacts that it is having across the world. This topic seems to be emerging more and more as climate change spreads its grip creating extreme weather phenomena.

In a nutshell it could be argued that the current El Nino could be a primary driver behind this apparent spread of global drought but most scientific institutions claim the increase in energy in the earths system is driven by climate change. Despite claim or counterclaim the reality on the ground seems to be rather bleak and having direct impacts upon the world population. In addition to this the world’s primary methods of desalination (the most obvious source) have their own issues in terms of brine waste and energy consumption. For this reason Graham Teks new method of a self powering plant is extremely important.

As stated in the clip, what value would all the water generating technologies be if the water we already possess is lost due to leaking taps, pipes or toilets. Its for this reason that the combination of approach of water desalination and North Face Solars leak detection and prevention systems are critical to an overall plan.

Links to the news resources for this subject are below:

This is the link the Graham Teks website, leaders in desalination and pioneering a new way for self generating water desalination plants: http://www.gtek.org.za/

Apologies to Aquatrip and mistating their name as Aquatronics, here with a link to their primary website: http://www.aquatrip.com.au/ and most importantly for South Africa the lead distributor for the product range is North Face Solar, link to their website can be obtained here: http://www.northfacesolar.co.za/.

We are doing follow up clips to be launched later this week on both Graham Tek and North Face Solar.

Your rights trampled by profit?

The Four Horseman of the Climate Apocalypse

How to change your life and fix the world.